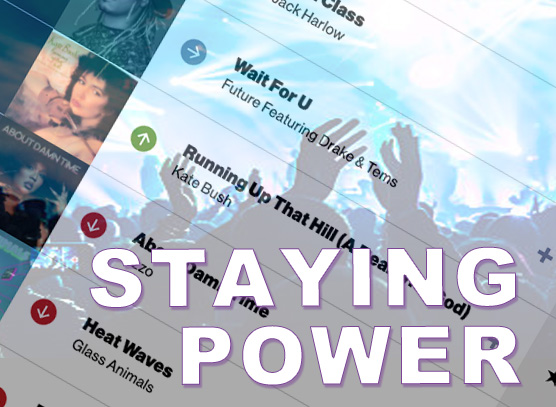 While scoring a Hot 100 Top 10 hit is a feat in and of itself, there are two additional metrics that truly define a song’s success. One of course is reaching the coveted top spot, and the other is staying power – namely remaining in the region for 10 weeks or more.

Looking back at Q1 2022, only nine of the quarter’s 17 Top 10 hits remained for 10 weeks or more since the time of their release. At the top of the pack was The Kid LAROI and Justin Bieber’s Stay, which hung around for an astounding 36 weeks. This was the fourth longest in the last five years, preceded only by megahits Blinding Lights (57 weeks), Levitating (41 weeks) and Circles (39 weeks). Ed Sheeran’s Bad Habits came in second at 26 weeks, and Adele’s comeback smash, Easy On Me, rounded out the top 3 with 22 weeks.

So, what do Q1 2022’s elite group of staying power hits look like at the compositional level?

For starters, it’s all about pop. 56% of songs with 10+ weeks were pop songs, while hip hop followed distantly at 22%. Note that pop’s prominence was roughly 10% greater than the overall Top 10.

Furthermore, pop was an influence in every song with staying power across all primary genres. Hip hop’s influence was also more prominent, playing a role in non-hip hop primary genre hits including Heat Waves and We Don’t Talk About Bruno. 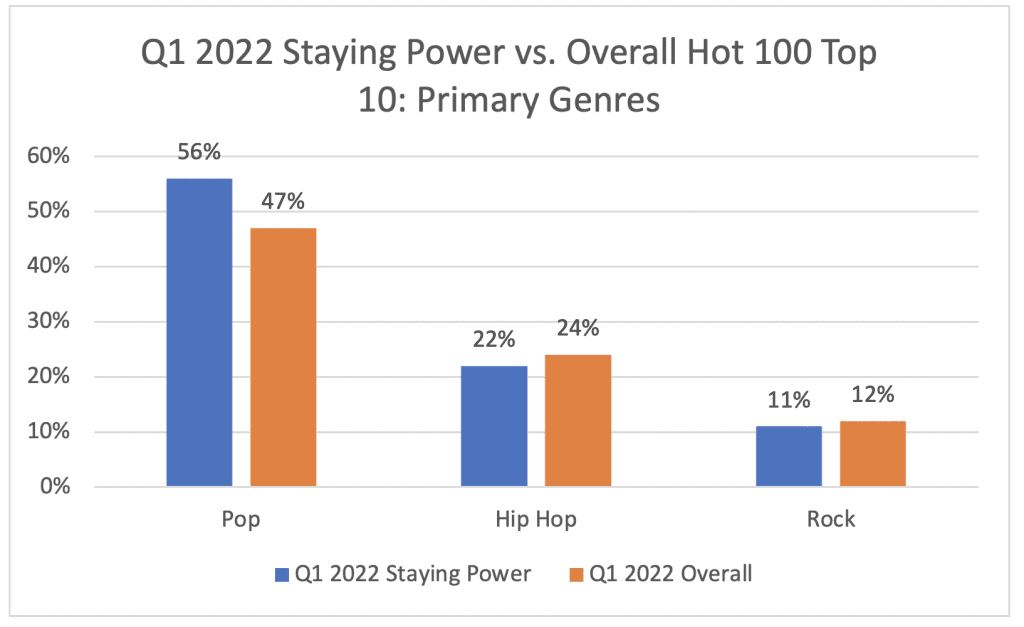 The two most popular lyrical themes among songs with staying power was the same as the overall Top 10 – love/relationships and lifestyle, accounting for 67% and 44% of hits, respectively. This also jibes with the popularity of pop and hip hop, where the two themes are most popular, respectively. 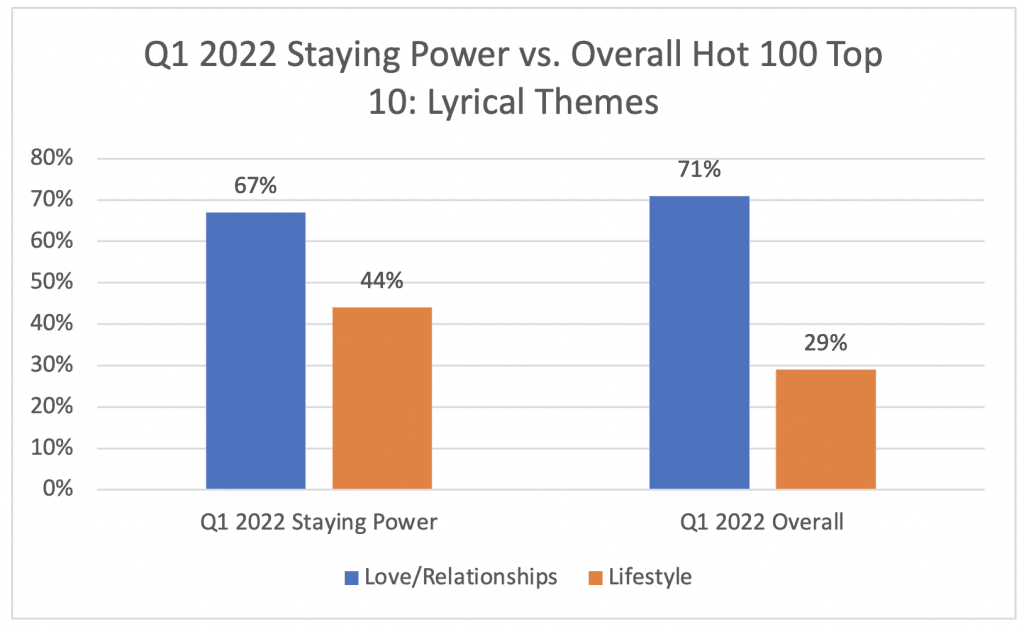 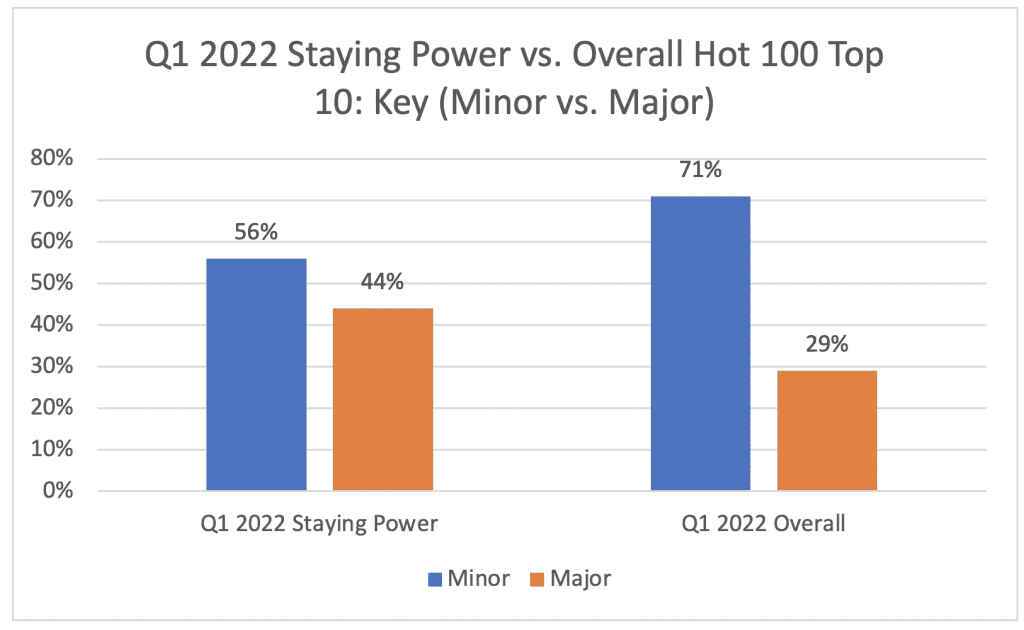 First chorus occurrence and average tempo were spot on between the two categories, landing right around the 30 second mark and 100 BPM, respectively. 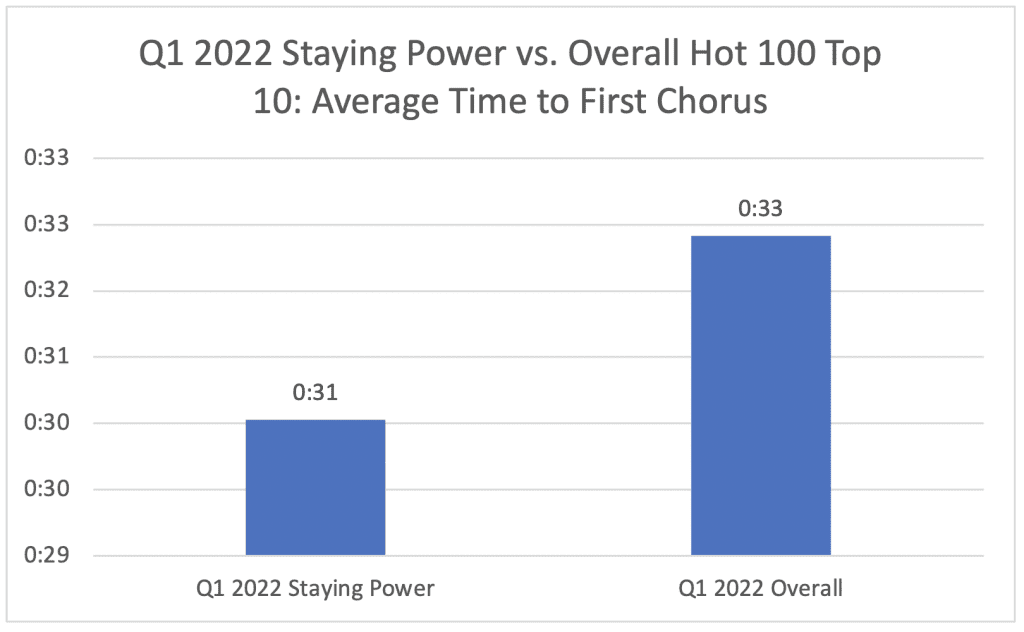 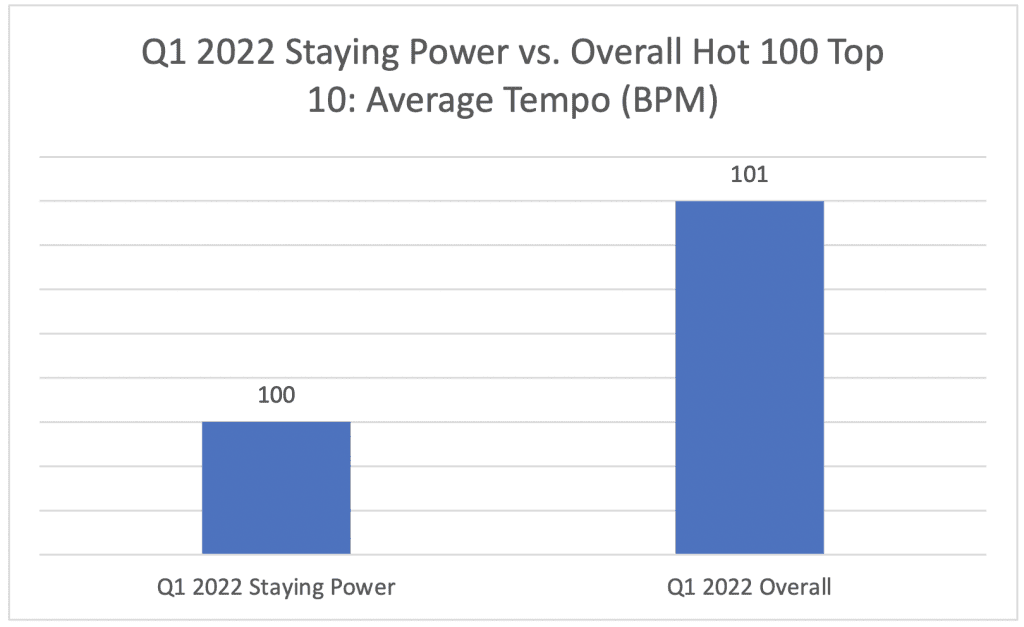 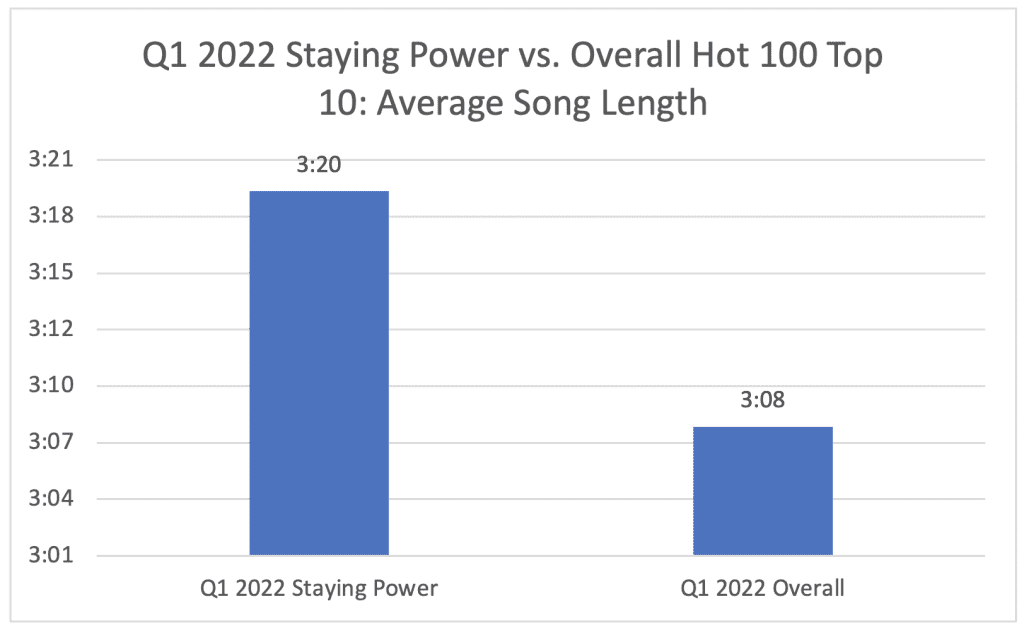 Another notable difference between the two is hook introductions. A significant majority of staying power hits (67%) hit the listener with a key hook or hooks in the intro compared to only 41% of the overall Top 10. 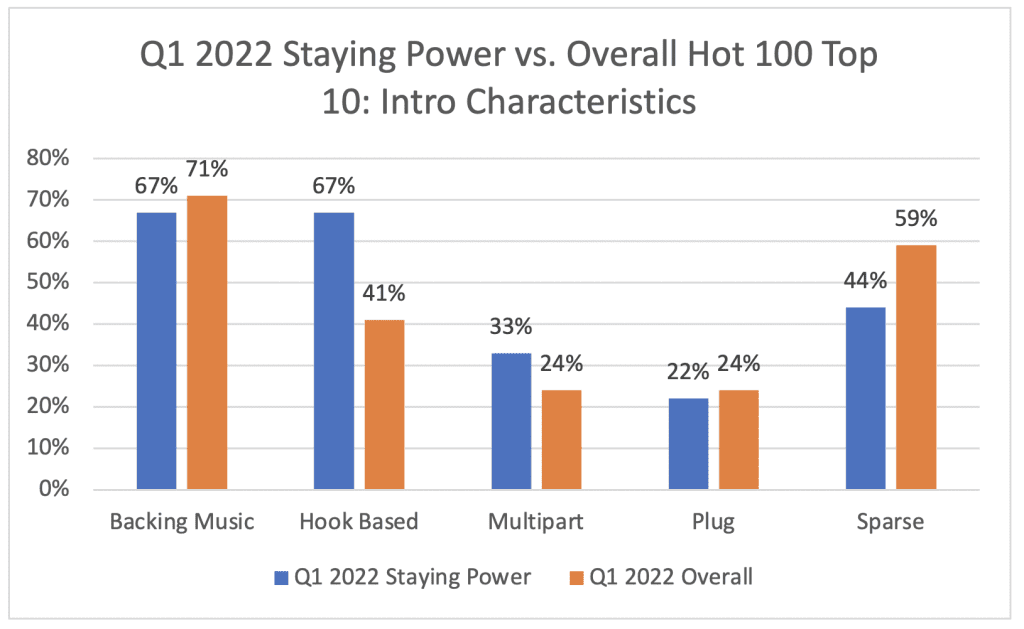 Lastly, in terms of songwriting team size, while “the more the merrier” has been a trend for some time in the Top 10 – namely teams of five credited writers or more – it was the case with only 22% of staying power hits compared to double that of the overall Top 10. The two staying power exceptions were the smashes Stay and Industry Baby, which were co-written by nine and five writers, respectively. 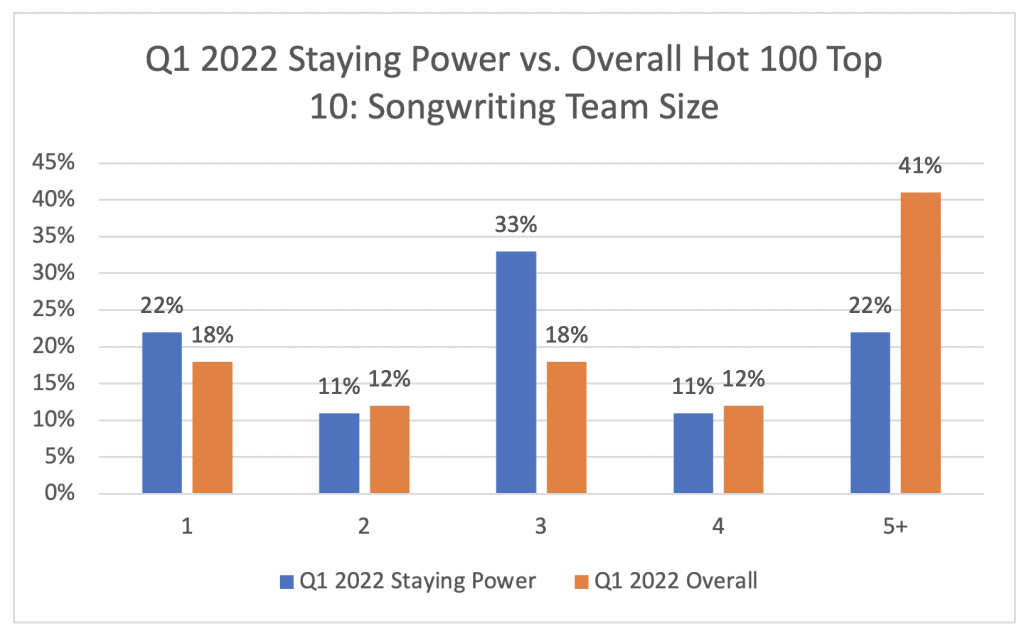 Below is a Spotify playlist with the songs referenced in this article: