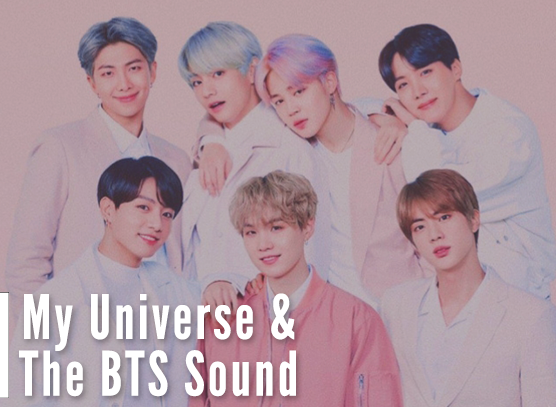 My Universe & The BTS Sound

At the core of almost all of today’s mainstream hits, you’ll find what we at Hit Songs Deconstructed call The S.A.M. Principle: serving the song, the artist and the marketplace.

And with good reason.  Without tailoring a song’s characteristics to all three components, its ability to connect with the listener won’t reach its fullest potential.

BTS’s most recent #1 hit, the Coldplay collaboration My Universe, is a prime example of The S.A.M. Principle. With BTS being one of the biggest groups on the scene today, we’re going to look specifically at how the song is serving them as artists, as well as how its characteristics created familiarity with BTS’s seven other Hot 100 Top 10 hits to help fans easily connect with it.

My Universe features six main sub-genres and influences: pop, hip hop, funk, retro (1980s), Korean, electropop/synthpop and dance/club. Many of these influences have become integral parts of BTS’s signature sound, and every single one of their Top 10 hits has featured a combination of at least three of them. To date, hip hop has been the most notable due to the group’s rappers, RM, SUGA and j-hope. 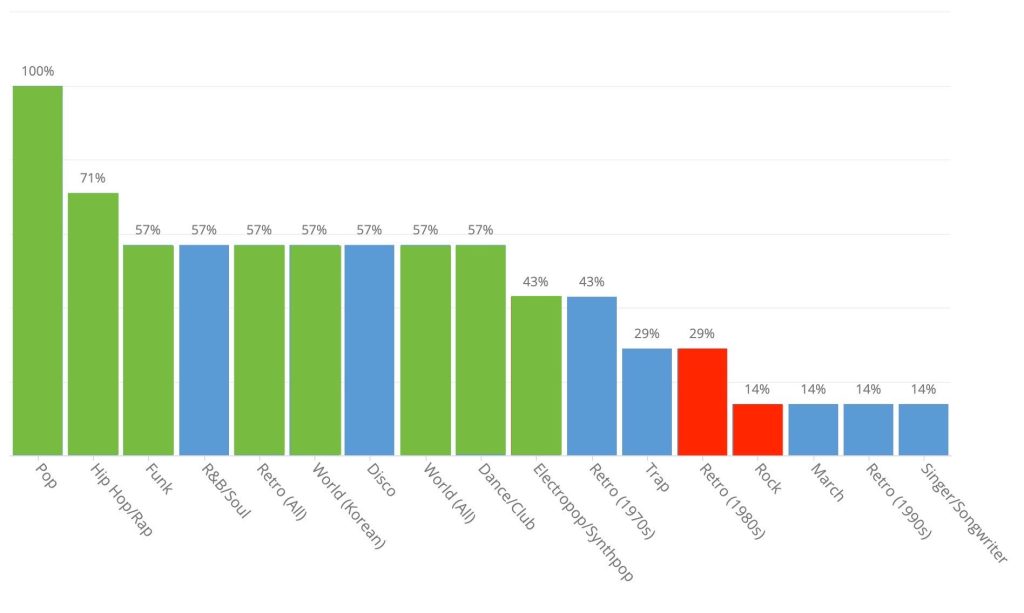 Like its genres and influences, most of My Universe’s instruments are also in line with BTS’s historic body of work and, for that matter, the rest of the Top 10 as well. Drums, synth bass and synths have been used in all of their Top 10 hits, followed closely by acoustic/electronic drums specifically and electric guitar. The only instrument that stood out was acoustic piano, which was featured in just one other song, Dynamite. However, piano is very prevalent in Coldplay’s body of work and has been included in every single one of their Top 10 hits. 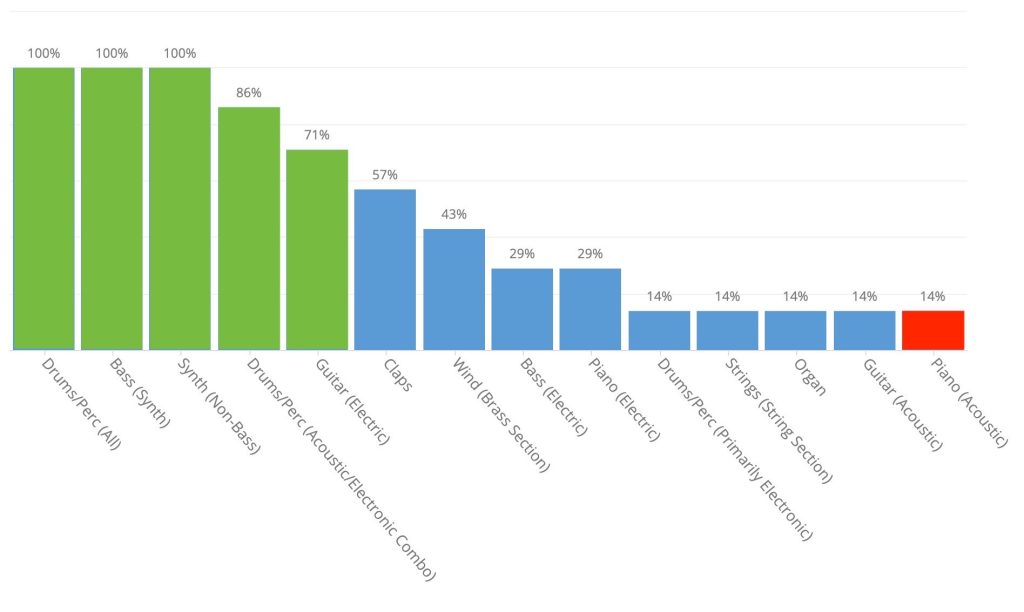 Since BTS arrived on the scene, they have only had one other collaboration with another artist in the Top 10, Boy With Luv with Halsey (save for Savage Love, which BTS was only credited on for one week out of its 16-week run in the Top 10). Notably, My Universe is the group’s first Top 10 hit with a co-lead billing (as opposed to a featured artist) and the first song in Hot 100 history to top the chart with two bands both as primary artists.

One interesting thing to note about My Universe is where its chorus hits. While My Universe is the only one of BTS’s Top 10s to have its first chorus appearing before the first verse, it is actually perfectly in line with a recent trend in the group’s work. While their first three hits all had their first choruses hitting past the one-minute mark – an eternity by mainstream standards – the group has had a very clear progression towards earlier and earlier first choruses, culminating in My Universe’s hitting at just two seconds in.

Overall, My Universe fits in seamlessly with BTS’s past hits. And, considering the group’s hot streak of racking up an astonishing six #1 hits in just over a year, this was certainly a well-warranted choice; as the saying goes, if it ain’t broke, don’t fix it.