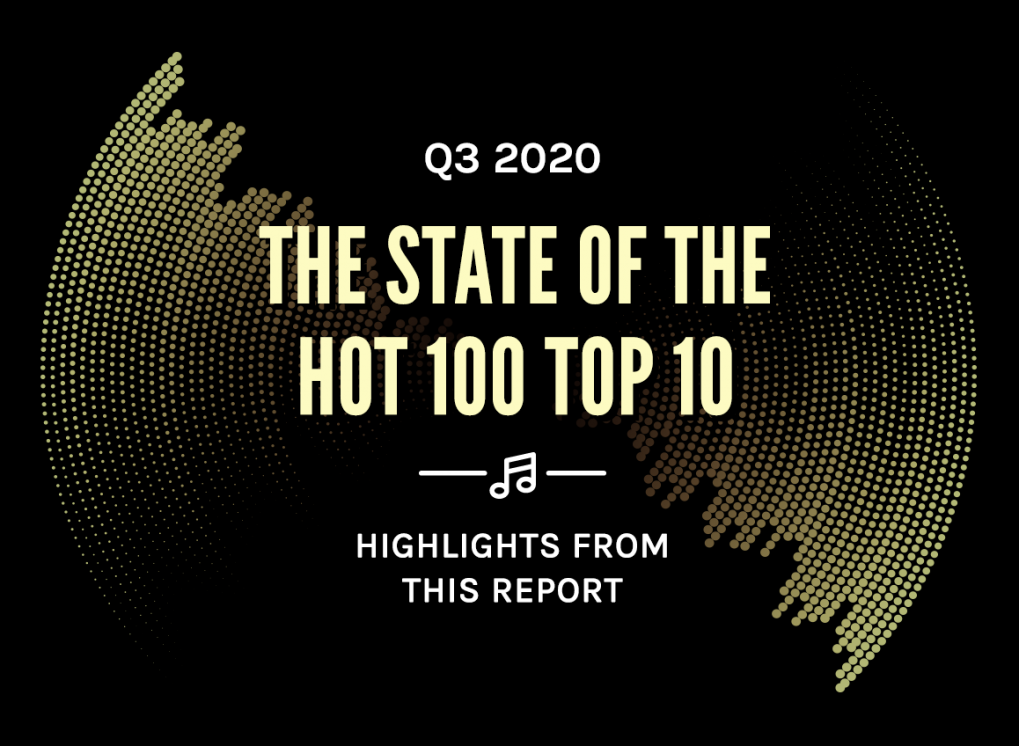 The top performing song was Roddy Ricch’s The Box,
which spent 25 weeks in the Top 10, and 11 weeks at #1,
the most of any song during the time period.

Looking at some of the top industry players, Juice WRLD was the top primary performing artist with six Top 10 hits. Ariana Grande also led the pack with the most #1 hits, Rain On Me and Stuck With U.

Come & Go, Conversations, Hate the Other Side, Life’s A Mess, Smile, Wishing Well

Rain On Me, Stuck With U

Juice WRLD and Drake were the top songwriters with seven and six Top 10 hits, respectively.

OZ was the top producer with five hits and Interscope landed the most songs in the Top 10, with 15, two more than the runner up, Republic.

#1 Hits Include: Rain On Me, Rockstar (DaBaby Featuring Roddy Ricch)

The popular social media app TikTok has been responsible for the success of many a Hot 100 Top 10 hit so far this year. All were in the Top 10 for at least four weeks and two hit the top spot on the chart.

When looking at compositional trends for the Hot 100 Top 10:

Today Hit Songs Deconstructed  released our latest trend report, The State of the Hot 100 Top 10, which takes an in-depth look at the compositional trends related to songs that land in the Hot 100 Top 10, as well as how the artists, writers, producers and labels behind them are evolving.

What songs have been charting in the Billboard Hot 100 Top 10 so far this year?