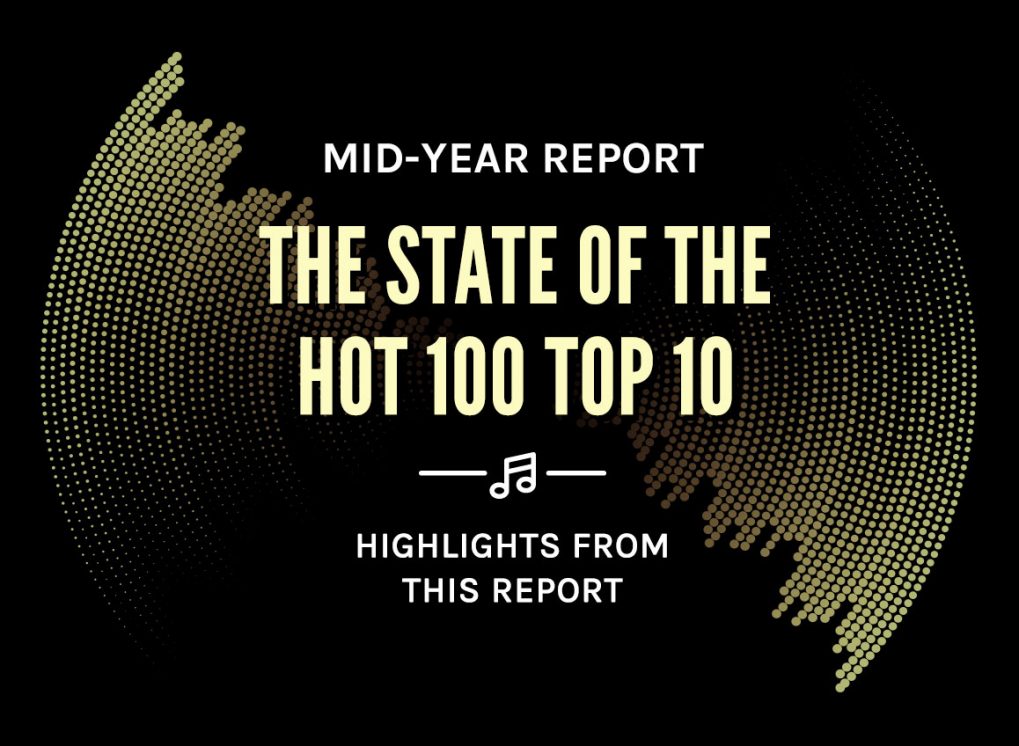 The State of the Hot 100 Top 10: 2019 Mid-Year Report provides an in-depth look at the compositional and industry trends for the Billboard Hot 100 Top 10.

15 songs entered the Top 10 for the first time, one of which, Old Town Road, dominated the top spot for almost the entire quarter.

When compared to 2018, Pop’s prominence more than doubled while Hip Hop’s dropped by almost half. That being said, Hip Hop and Trap remained the top genre influences across all genres.

When looking exclusively at the new songs that landed in the Top 10 in Q2:

When looking exclusively at songs that charted at #1 during the first half of this year:

What other shifts are we seeing in 2019?

To find out what they are, download this complimentary PDF with select highlights from the Hit Songs Deconstructed trend report, The State of the Hot 100 Top 10: Mid-Year Report.