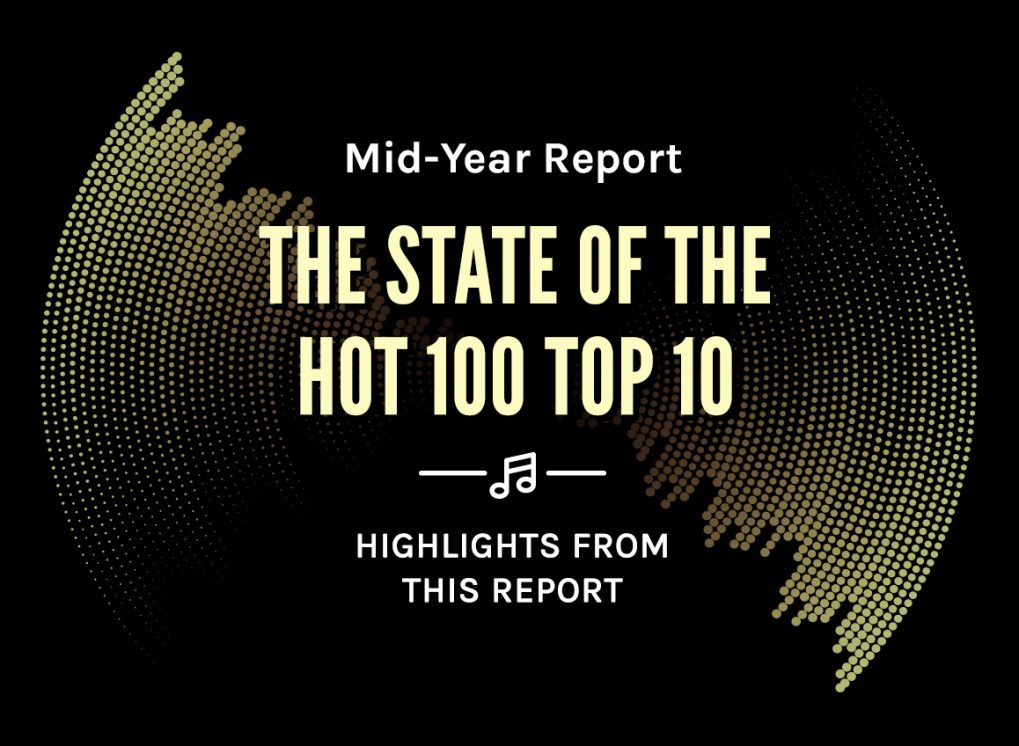 Our latest trend report, The State of the Hot 100 Top 10, has just been published!

Shaping the sound and vibe of those 42 songs were seven primary genres, 24 sub-genres and influences, nine lyrical themes, and 21 prominent instruments.

When comparing Q2’s new arrivals to the songs that carried over from Q1, they were notably slower and longer. The latter is largely due to the five new arrivals that landed over the four-minute mark: I’m Dat N***a, Matilda, Moscow Mule, Running Up That Hill (A Deal With God), and United In Grief.

In terms of staying power, only 13 out of the 42 Top 10s remained for 10 weeks or more since their release. Justin Bieber and The Kid LAROI’s smash hit, Stay, held true to its name, hanging around the Top 10 for an astonishing 44 weeks (second only to Blinding Lights, which set a Hot 100 chart record with 57 weeks). Glass Animals’ Heat Waves followed at 31 weeks and Ed Sheeran’s Bad Habits rounded out the top 3 at an impressive 26 weeks.

Some notable differences between the songs that charted for 10 or more weeks when compared to those that charted for nine weeks or less is that all possess a pop influence and the majority established a key hook in the intro, among others.