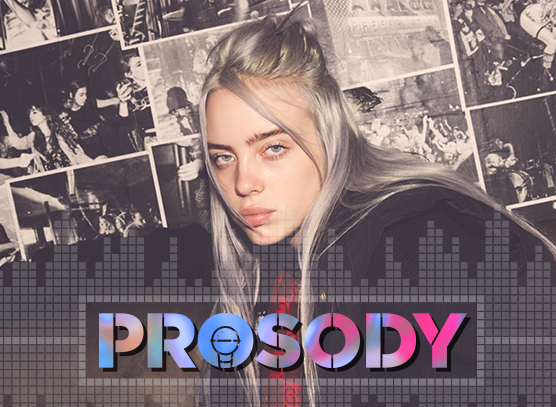 Bad Guy is the fifth single released off of Billie Eilish’s debut studio album, When We All Fall Asleep, Where Do We Go? The song quickly became the edgy Pop princess’s most successful single to date, landing in the Top 10 on over 40 charts throughout the world and peaking at #1 on almost 20. Among them is the Billboard Hot 100, where it took over the top spot from the record-setting Old Town Road after being at #2 for 9 weeks.

Bad Guy was co-written by Billie Eilish and her brother and producer Finneas O’Connell, who has sole production credits on the song as well as the rest of the album. The two recorded Bad Guy and the entirety of the album in O’Connell’s bedroom in the pair’s family home, a choice that surely contributed to the intimate, personal feel of their music. Though they enlisted mix engineer Rob Kinelski to add some of the finishing touches, the bulk of the production work was done from their bedroom with minimal professional gear.  Though this may seem like an odd tactic in the modern music industry, it’s choices like these along with the pair’s “found sound,” minimalist production style and deep, personal lyrics that makes them what some are calling the “new sound of the generation.”

The Eilish siblings’ writing and production style is certainly unlike anything we’ve heard in recent mainstream hits, and Bad Guy is no exception. The song uses a variety of interesting vocal production techniques, including a stuttered vocal transformer effect and relatively dry, intimate vocals (as opposed to the more prominent reverb heard in most Pop songs), as well as pitch-shifted laughter and distorted breath sound effects.  The song also contains several interesting compositional characteristics such as a highly differentiated bridge that turns the song on its head from danceable Indie Electropop to aggressive Trap, and multiple turnarounds that provide engaging contrast over the course of the song.  However, despite its highly unique elements, other elements such as Bad Guy’s K.I.S.S. ME melody (Keep It Simple, Singable & Memorable), effective rhyme schemes, and an infectious combination of instrumental and vocal hooks give it the mainstream appeal it needed to easily connect and resonate with widespread audiences.

With six Grammy nods, largely due to the success of Bad Guy, Billie Eilish is the second most nominated artist of 2020, trailing only Lizzo with eight. In this article, we focus on another one of the song’s core strengths – it’s prosody – which is how the lyrics, vocals, and music work in perfect harmony to create a compelling and engaging listening experience.

Bad Guy’s intro establishes the song’s dark, menacing vibe right from the get-go through the driving quality of the down-and-dirty bass hook and kick combination. Though the section features no lyrics, an element of intimacy is established via Billie’s fragmented vocals, which double the bass hook and are left almost completely dry, giving the listener the feeling that they’re sitting right next to Billie as she records the casual vocal. Furthermore, the i-iv-V bass progression provides the section with a heightened degree of tension, leading the listener into the verse that follows and establishing the song’s tense vibe before lyrics even enter the mix.

With the driving, menacing bass/kick combo from the intro remaining in effect, Billie’s vocals are added to the mix in verse 1. Her staccato delivery along with the stacked vocal layers and minimal use of reverb create an icy, tense and intimate vibe which, along with the accompaniment, perfectly jibes with and accentuates the dark, duplicitous and sexual nature of the lyrics. Additionally, the progressively increasing density of the vocal harmony layers in conjunction with the tension-building i-iv-V chord progression effectively heighten energy and tension over the course of the verse.

In the second stanza, snaps are added to the mix. While their addition puts Bad Guy in tune with recent Pop trends (snaps have been featured in around one-third of all Hot 100 Top 10 Pop hits over the past few years), their multi-layered, fanned-out quality sets the song apart and further contributes to the section’s unsettled vibe.

The chorus features the same core driving/menacing accompaniment as the intro and verse, which serves as the appropriate backdrop for the new lyrical developments. The first stanza finds the protagonist essentially mocking the antagonist’s macho image, while the second stanza elaborates on the protagonist’s own dark and disturbing qualities. This lyrical development is accentuated by Eilish’s unnerving, sarcastic vocal delivery.

Also note the progressive increase in energy throughout the section provided by the harmonic progression and increasing vocal layers, which effectively heightens tension and anticipation for the song title hook payoff that follows in the turnaround.

Following the tension build in the chorus, the two-bar turnaround omits the full accompaniment in order to highlight the song title hook and lyrical payoff, “I’m the bad guy.” The sinister connotation of the lyrics is amplified by Billie’s drawn-out delivery compared to the vocals that precede it, as well as producer FINNEAS’s “rattlesnake”-sounding stutter effect.

In contrast, the “duh!” exclamation that follows counters the sinister song title hook with an air of sarcasm, which sets the tone for the more fun, quirky instrumental break section that follows.

The instrumental break sections feature a combination of menacing and quirky qualities. While the bass, kick, song title hook and breath sound effects maintain the song’s dark, menacing vibe, the sci-fi-ish melodic synth and fast-moving rim click provides these sections with an air of quirky, energetic fun. These elements, along with the “duh!” exclamation that precedes them in the turnarounds, reminds the listener that while Bad Guy possesses a dark, sinister vibe, it’s not to be taken too seriously.

Instrumental break 2 differs from its instrumental break 1 counterpart in a couple of ways, primarily in that it contains two stanzas as opposed to one. With the “duh!” exclamation returning to transition into the second stanza, two new elements are introduced to the mix in stanza 2. The first is the harmonized “ah” background vocal hook, which, in comparison to the other vocals in the section and the song as a whole, is chopped up and heavily processed with copious amounts of eighth note delay and reverb. Its addition provides the song with another memorable, left-of-center quality. The second is the new lead vocal line, “I’m only good at bein’ bad, bad.” This line amplifies the song’ overarching sexual theme, as it is delivered in a sultry, seductive manner and focuses on Billie’s “bad” nature.

Verse 2 features a significant shift in instrumentation and dip in energy, dropping down to just snaps and claps in the first stanza. While this essentially does away with the song’s menacing vibe and replaces it with a much lighter, intimate arrangement, the lyricism conversely keeps the aforementioned darkness in place. Here, Billie describes the animalistic sexual dynamic between her and her partner, stating that she likes it when her partner dominates her. However, she also makes it clear that she is in control of the situation, embellishing on the fact that she is the true “bad guy.” While this dichotomy between the dark, sexual lyrics and light, intimate instrumentation may seem counterintuitive, writers Billie and FINNEAS intended the breakdown to be an A.P.M. (Audience Participation Moment), providing an engaging moment onstage for Billie to clap and sing along with her audience should she so choose.

The second stanza also features a unique dichotomy, this time with a return to the dark instrumentation of verse 1 working counterintuitively against the stanza’s lighter, quirky lyrical content. Here, Billie describes herself singing along with her mother, giving a self-referential twist that serves to take the listener out of the primary storyline and put a unique, childlike spin on the narrative. While it may have made more sense to pair stanza 2’s light, childlike lyrics with the sparser, lighter instrumentation of stanza 1, this flip-flopped contrast between quirky and dark in both stanzas provides the song with yet another interesting left-of-center quality.

Also note that despite the shift in lyrical content and instrumentation over the course of the second verse, Billie’s vocal remains dry, intimate and tense throughout, amplifying the song’s sinister nature regardless of lyrics or arrangement.

Following the silent third turnaround that takes tension and anticipation to a climax, the bridge completely flips the song on its head in terms of instrumental arrangement and vocal delivery. Here, the instrumentation switches to an aggressive Hip Hop/Trap arrangement at a less than halftime tempo (60 BPM), which continues the song’s dark vibe in a highly differentiated manner compared to the sections that precede it. Billie’s vocal, which is interestingly not aggressive at all compared to the instrumentation, adds to the section’s dark vibe through its icy, detached delivery. Though the accompaniment and vocals have very different vibes here, both work to create the bridge’s dark, powerful vibe in highly differentiated ways.

The bridge also features two newly-added vocal elements, the first being the pitch-processed laugh and the second being the sensual “mmm” background vocal. The laugh, which is pitch-shifted up to give it a creepy, childlike quality, adds yet another unsettling and mocking element to the song, as if to laugh at the listener’s surprise as the song is unexpectedly flipped on its head. The second “mmm” background vocal conversely works to maintain the song’s overt sexual overtones, adding an element of sensuality to the otherwise aggressive, icy section. Much like the preceding sections, the simultaneous introduction of both of these elements in the bridge again plays with the dichotomy between dark sexuality and fun, childlike quirkiness, adding to the song’s overall unsettling vibe.

Narratively, the bridge features Billie’s cleverly dark, tongue-in-cheek lyricism taken to a new level. Here, she mockingly diminishes both her lover and his girlfriend, breaking down their stature in just five lines. Her emotionless, detached vocal delivery makes the lyrics even more poignant, showing a general lack of care or remorse about the situation. These mocking lyrics combined with Billie’s tense, detached vocal effectively jibe with the aggressive instrumentation, working to both highlight and contrast each other in a unique manner.

With the core dark, aggressive Trap accompaniment from the bridge remaining in effect along with the sensual “mmm” background vocals, Billie delivers several full and partial versions of the song title hook throughout the outro section. However, here the hook is whispered and left unprocessed, which works to both prevent redundancy of the song title hook and add to the section’s unsettling, sinister quality. This combination of aggressive instrumentation and both sensual and sinister vocals creates a vibe that is equally dark, sinister and sexual, culminating in one last demonic breath sound effect that effectively closes the song out on an unsettling note.

Be sure to check out the full Bad Guy Deconstructed Report for a deep dive into the songwriting and production techniques used to craft this song.