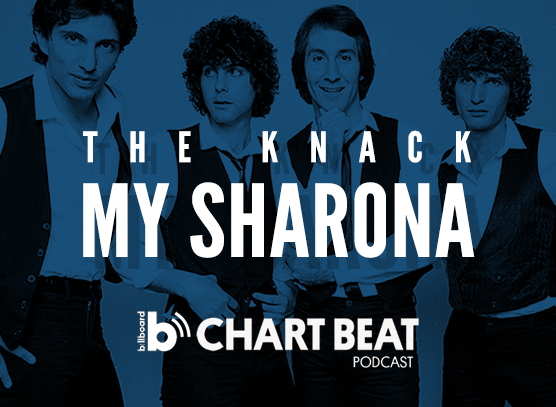 On August 25, 2019, The Knack’s My Sharona celebrates its 40th anniversary of hitting the top spot on the Billboard Hot 100. In honor of this timeless classic, we’ve decided to look under the hood to see why, all these years later, we still can’t get the song out of our heads. 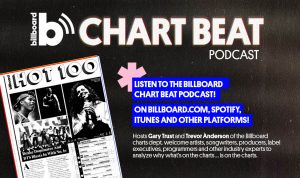 My Sharona kicks off with an intro, which was and continues to be the most popular way to begin a Billboard Hot 100 Top 10 hit. In the first half of 2019, 96% of songs started with an intro. However, it goes against the grain in terms of its length, which at 19 seconds is nearly double the 2019 Y-T-D Pop average. But despite its long length, the intro is still very effective for a number of reasons.

It begins with an uncommon solo drum hook, which enables the song to easily cut through airwave clutter and grab the listener’s attention. Though this drum hook kick off is uncommon, there are some notable hits from both yesterday and today that also begin with a drum hook, such as Aerosmith’s Walk This Way, The Rolling Stone’s Honky Tonk Women, Taylor Swift’s Shake It Off, and Post Malone & Swae Lee’s Sunflower.

Following the drums, the hook further develops “art-of-the-build” style through the addition of bass and guitar, which together create the main foundational instrumental hook that’s heard throughout the majority of the song. To some, the hook is also going to sound familiar as qualities of it are reminiscent of the intro in The Spencer Davis Group’s 1966 hit, Give Me Some Lovin, as well as the more obscure Judas Priest song, Cheater, that’s featured on their 1974 debut album, Rocka Rolla.

Furthermore, these instruments also establish the song’s primary end-of-line hook, which foreshadows the melody later heard in the verses. This effectively puts the main song title hook in the listener’s head before lyrics are even introduced.

Moving into verse 1, the same infectious drum, bass and guitar groove continues, now with Doug Fieger’s animated vocals added on top. The vocals add several effective hook techniques to the mix, including what Hit Songs Deconstructed calls the “partial line repetitive vocal hook technique.” This is where Doug repeats two lyrics each in a back-to-back manner: “pretty one, pretty one” and “motor run, motor run,” which provides the section with an infectious twist and heightens memorability in the process. Additionally, this is one of the most popular hook techniques that’s been used in both the hits of yesterday and today, such as Olivia Newton-John’s Physical and Post Malone’s Better Now.

The second hook of the verse is a double of the end-of-line instrumental hook heard in the intro, now layered with the lyrics “time Sharona” and “line Sharona.” This repetition provides these song title hook variations with increased emphasis and helps to further ingrain them in the listener’s head.

Following the verse, the first chorus arrives at 32 seconds into the song. Interestingly, while My Sharona’s intro is close to 10 seconds longer than the Y-T-D 2019 Pop average, its chorus actually hits 10 seconds earlier.

Also in contrast to many hits, My Sharona’s chorus doesn’t hit the listener with an overtly hooky sound right from the get-go. Instead, the first half of the chorus begins more in the way of a pre-chorus, building energy and tension that reaches a climax with the “my, my, my, I, I, whoo!” hook that’s doubled by guitar, bass and drums for increased emphasis. This then releases back into the main foundational hook heard in the intro and verse along with the new stuttered iteration of the song title hook, “M-M-M-My Sharona.” This provides the hook with a new infectious spin that serves as the song’s defining moment and puts it in company of other notable stutter-hook classics such as The Trashmen’s Surfin’ Bird, David Bowie’s Changes, The Runaways’ Cherry Bomb, The Who’s My Generation, and more recently Taylor Swift’s Shake It Off.

Following the chorus, the song heads into verse 2, which is similar to verse 1, followed by another chorus. This sectional progression repetition functions to further ingrain these sections’ key hooks in the listener’s head.

Next, in order to balance out the repetition and keep the song engaging, a new song section is introduced: the instrumental break. This equally hooky section features an infectious instrumental call and response hook between the newly introduced guitar chords and the main instrumental hook groove along with a guitar solo. This effectively adds variety and heightens engagement while still keeping the song in familiar territory.

Following the first instrumental break, the song heads back into another familiar verse – chorus – instrumental break sectional progression. While the verse and chorus remain relatively similar to their previous counterparts, the second instrumental break adds another breath of fresh air to the repetitive song. This one features a lengthy guitar solo by lead guitarist Berton Averre, a common feature of many 70s Rock hits. However, despite the technical facility and musicianship displayed in the guitar solo, it is not particularly memorable on its own due to its lack of repetition. That’s where the catchy chord comes into play underneath it, providing a repeated, infectious hook for the listener to latch onto under the solo.

Following the lengthy one-minute and 38-second long instrumental break, we head into My Sharona’s outro. Returning to familiar territory once again, the outro features the main instrumental hook groove, which provides the infectious backbone for another variation of the “Sharona” title hook. This time, the hook is preceded by a lengthy “ooh” and is doubled by the end of line guitar hook to provide it with increased power and emphasis.

All in all, My Sharona features three distinct instrumental hooks, four end of line instrumental/vocal combo hooks, four partial line repetitive vocal hooks, and three main vocal hook payoffs. Not one section of the song is left hookless, and that’s why 40 years later, we still can’t get My Sharona out of our heads.