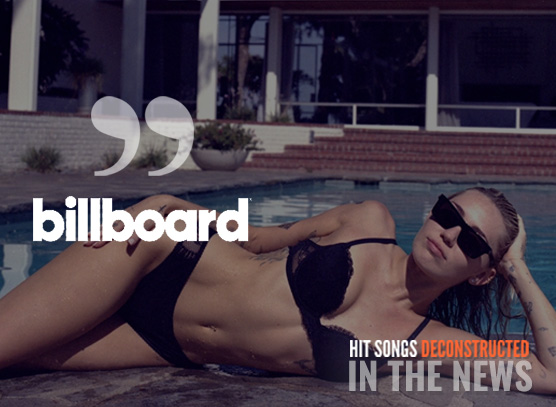 Miley Cyrus' “Flowers” debuts at No. 1 on the Billboard Hot 100 and Streaming Songs charts this week.

Released on Smiley Miley/Columbia Records, this is Cyrus’ second Hot 100 No. 1, after “Wrecking Ball” topped the chart for three weeks in the beginning in September 2013.

“The underlying strength of ‘Flowers’ is that it imparts an immediate sense of familiarity, while invoking strong, universal emotions such as nostalgia, loss and empowerment,” notes Hit Songs Deconstructed, which analyzes the compositional traits of Hot 100 top 10s. “This is achieved, in part, through its classic, inspirational ’70s disco influence, à la Gloria Gaynor’s ‘I Will Survive,’ also found in Lizzo’s recent Hot 100 No. 1, ‘About Damn Time.’ “

(“Your new song carries the torch of empowerment and encourages everyone to find strength in themselves to persevere & thrive. Well done Miley!,” Gaynor praised on Twitter Jan. 19. “I love you. Thank you,” Cyrus responded.)

“Flowers” additionally, per Hit Songs Deconstructed, “shares melodic, lyrical and rhyming commonalities with the chorus in Bruno Mars’ [No. 1] 2013 hit ‘When I Was Your Man,’ which also ties in with Miley’s story.”

This is an excerpt from an article published by Billboard Chart Beat on January 24, 2023.
To read the full article, click here.
BACK TO HSD WIRE