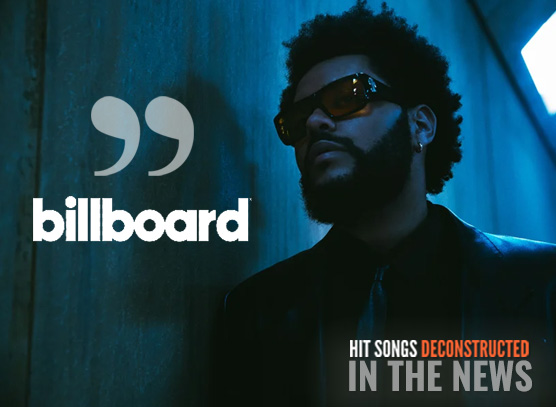 “Die for You” hit the Hot 100’s top 10 over six years after its original release on The Weeknd’s album Starboy, sparked by interaction on TikTok (which does not presently contribute to Billboard‘s charts).

Despite its 2016 arrival, Hit Songs Deconstructed (which analyzes the compositional traits of Hot 100 top 10s) notes that “Die for You” “fits in with the recent uptick of synth-heavy top 10s, which doubled between 2020 and 2022 to nearly one-quarter of such songs, and the continued popularity of R&B, which has held steady in half of all top 10s over the past two years.”

This is an excerpt from an article published by Billboard Chart Beat on January 9, 2023. To read the article, click here.
BACK TO HSD WIRE