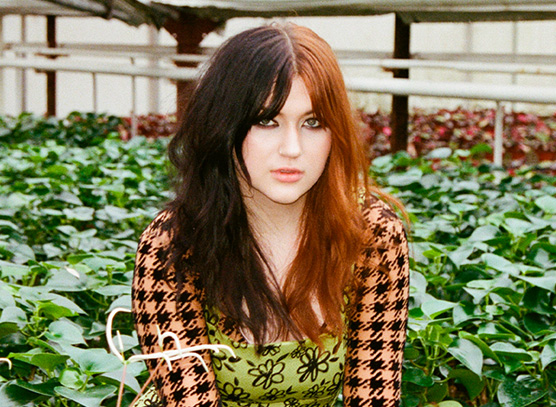 abcdefu: The Hallmarks of a Stellar Instrumental Arrangement

While ear-grabbing hooks, catchy melodies and engaging lyrics are all the hallmarks of a hit, without a stellar instrumental arrangement a song is not going to realize its full potential no matter how great the other components are. And while the average listener will likely not pick up on all that it achieves, without it their engagement and connection with the song isn’t going to be nearly as strong.

A perfect example of a song that has its arrangement firing on all cylinders is GAYLE’s abcdefu. Right from the start, the sparse, guitar-driven kickoff chorus achieves a host of things, including establishing the song’s rock vibe, providing room for the song to build, and putting the listener’s focus on GAYLE’s introduction of the chorus lyrics while piquing their curiosity to find out more. Essentially, the chorus is pulling double-duty as an effective intro. However, to the adept writer/producer, the decisions go even deeper.

Take the timbre of the guitar for instance. While team abcdefu could have gone for a more polished-sounding distortion, they instead went with a classic, raw, gritty tone. While this is uncharacteristic of many recent mainstream hits, it was a well-warranted choice in that it perfectly jibed with GAYLE’s moody delivery of the scathing lyrics to create a gritty punk rock attitude and heighten the listener’s emotional connection with the song right from the start. However, considering that many of GAYLE’s fans are also mainstream pop fans, a more pop-oriented downlifter/riser effect was employed at the end of the section, signaling that more pop-friendly qualities were likely on the way, while providing an engaging transition into the ensuing verse.

The song’s strategic balance between rock and pop becomes even more apparent in the verse. With the guitar from the chorus remaining in effect to provide cross-section continuity and maintain the gritty rock vibe, additional guitar, bass and electronic drums are added to the mix. In addition to locking the listener into a dark, simmering groove that perfectly jibes with the vocals and lyrics, the use of electronic drums puts the song in a more modern pop space and balances out its more overt rock qualities.

Following the verse, the pre-chorus provides a stringent shift in the song’s arrangement. Instead of maintaining the verse groove and subtly building on it, as many hit song pre-choruses do, they instead opted to turn the arrangement on its head by shifting to a lighter acoustic guitar focus along with a driving eighth-note kick. While atypical, this too is a strategic and well-warranted choice. First, considering that the ensuing chorus arrangement is essentially a more developed version of the verse arrangement, if the pre-chorus had simply built on the verse, the chorus wouldn’t have stood out and connected with the listener to nearly the same degree. So, the pre-chorus changeup provides important contrast between sections of similar accompaniment. And second, and most importantly, it sets up the chorus for maximum impact. Along with GAYLE’s contrastingly higher vocals, the thinner, the more vibrantly strummed acoustic guitar and eighth-note kick pattern provides increased momentum and tension leading toward the chorus, while the higher frequency of the mix allows the more balanced, denser and powerful chorus arrangement to further stand out and connect. Additionally, a S.I.A. (section impact accentuator) technique, as Hit Songs Deconstructed calls it, is employed at the transition point between sections, pulling all the elements from the last bar and filling the void with another downlifter/riser. This strategic move both calls attention to the first installment of the song-defining “A-B-C-D-E-F-U” hook while further setting up the chorus’s impact due to the pronounced instrumental contrast imparted.

The chorus hits with vigor with the densest, most powerful instrumental arrangement heard thus far in the song. Along with the newly added shouted gang vocals, the chorus achieves a few key things, including providing the listener with the high-energy payoff that they’ve been longing to hear from the start, heightening both familiarity and interest through the use of recycled and new/changed up elements, and perhaps most notably, putting the chorus in a new, angrier context compared to its first appearance. This provides the song with new emotional dimension that bolsters the listener’s connection with the song.

Following the chorus, the song heads into the first of its two vocal break post-choruses. Here, the core arrangement of the preceding chorus remains in effect along with newly added driving open hi-hat and additional guitar. Together, they take excitement to a climax while allowing the listener’s focus to be on the unique pairing of the recycled song title hook from the chorus and the fresh but familiar “nah” nonsense hook, which was cleverly developed out of the pre-chorus melody. Both hooks also serve as effective A.P.M.s (audience participation moments), as Hit Songs Deconstructed calls it, which are set points in a song designed to get the audience singing along with a performing artist in a live setting.

From here, abcdefu’s instrumental arrangement unfolds in both expected and unexpected ways, heightening both familiarity and interest as the song progresses while keeping the listener’s focus on GAYLE’s impactful delivery of the story and of course, the catchy hooks.

Want to take a deeper dive into abcdefu’s stellar instrumental arrangement and all that achieves? Hit Songs Deconstructed subscribers can click here to view the report. Not a subscriber? Click here.