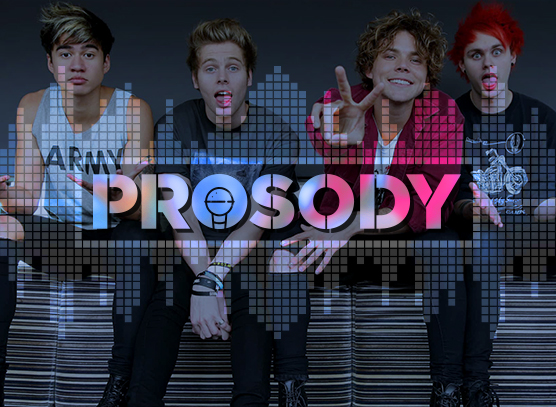 Youngblood: Tying It All Together Through Prosody

Youngblood is the second single from 5 Seconds Of Summer’s third studio album, which shares the hit song’s name. Co-written by members of 5SOS and an all-star team of hitmakers including Ali Tamposi, Andrew Watt, and Louis Bell, the song features an array of infectious vocal hooks, cleverly recycles material between sections to heighten memorability, and capitalizes on some of today’s hottest Pop trends, helping it instantly connect and resonate with listeners.

However, one of Youngblood’s core strengths is its prosody, which is the effective marriage of lyrics, vocals, and music. In this article, we explore how these elements work in perfect harmony to create a compelling and engaging listening experience.

The first stanza in verse 1 finds the protagonist reflecting on his relationship with the antagonist (Youngblood) in a positive light, which is accentuated through the tender vibe elicited by the soft electric guitar accompaniment. However, Hemmings’ subdued, low register vocals along with the electric guitar accompaniment invoke an underlying sense of melancholy that goes against the positive themed lyrics and cleverly foreshadows things to come.

The mood changes in the second stanza when the listener learns the relationship is no longer what it once was, and that games were played. This development is emphasized through Hemming’s more impassioned delivery of the lyrics “yeah you used to call me baby, now you’re calling me by name,” coupled with the “mmm” vocal that follows, which further communicates the pain the protagonist is feeling.

The pre-chorus expounds upon the negative developments brought to light in the second stanza of the verse by providing insight into the turbulent dynamics of the relationship. This is emphasized through Hemmings’ more energetic vocal delivery, which is in a higher register and delivered with eighth note triplets compared to the verse. Additionally, the VI-VII-I bass progression coupled with riser effects provide the pre-chorus with a heightened sense of tension that bolsters this development.

The chorus summarizes the toll that Youngblood’s conflicting wanting/not wanting the protagonist is having on him. Portrayed in a powerful manner as a “dead man walking/crawling,” he keeps going back to the antagonist for more because they both need “it.” The impact of this development is reinforced by Hemmings’ vocal delivery, which is even more animated than the pre-chorus due to the short, high-register exclamations and group background vocal layering. The vocals are complemented by the bass and drum backbone which provide the chorus with a driving, raw, almost primal vibe that effectively accentuate the agitated, conflicted and defeated tone of the lyrics.

While the first stanza in verse 2 further illustrates the conflicted dynamic of the relationship, the second stanza injects jealousy into the protagonist’s emotional state.  This development is emphasized by the reverb-laden electric guitar bends – which provide the section with a dark, melancholic atmosphere – and the addition of guitar, bass, and most notably the four-on-the-floor kick, which increase momentum and tension.

The bridge reiterates the lyrics from the pre-chorus while providing an additional development that depicts the antagonist running around with other people and the “running away” effect it has on the protagonist. While Hemmings’ vocal delivery remains constant between sections, the breakdown, which consists of arpeggiated guitar, bass, snaps and claps, create a tense vibe, embodying the toll these actions are having on the protagonist. The section concludes with the most powerful and brash drum fill in the scope of the song a la Phil Collins’ In The Air Tonight, which further illustrates the agitation on the part of the protagonist as the song heads into the third and final chorus.

The outro lyrically combines content from the pre-chorus, bridge and chorus to reiterate and sum up the narrative at the conclusion of the song:

The highly animated vocal delivery, which now includes the group vocal layer right from the get-go, coupled with the densest, most energetic music in the song, creates an intense vibe that exemplifies the turbulent, conflicted toned narrative as the song abruptly comes to a conclusion on the defeated lyrics, “And I’m just a dead man walkin’ tonight.”

The effective marriage of lyrics, vocals and music is one of the song’s major strengths and a fundamental reason for why Youngblood connects and resonates with audiences throughout the world.

Be sure to check out the full Youngblood Deconstructed Report for a deep dive into the songwriting and production techniques used to craft this song. 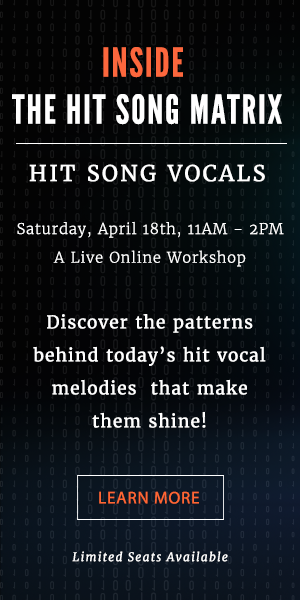