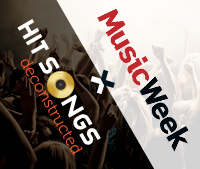 The World of Max Martin

This article was first published in the September 14th issue of  Music Week, and was authored by David Penn, Founder and Editor-in-Chief of Hit Songs Deconstructed.

With eight songs in the Top 10 and four #1 singles, this songwriter ruled the radio for months at a time and took home the ASCAP Songwriter of the Year Award for the fifth year in a row. Surely you know who he is. Hint: his 54 Top Ten singles place him far ahead of Madonna (38), the Beatles (34), and even the King himself, Elvis (36). They should call this guy the King! Swedish singer-guitar player? Long brown hair? Ring any bells?

If you don’t recognize Max Martin, you’re not alone. You may not know his name or even his face, but you surely know his work. Last year he helped Katy Perry write two of her biggest hits, Roar and Dark Horse and scored two #1 hits for Taylor Swift, Shake It Off and Blank Space.

Since he began his career in his native Sweden, Max Martin has been a near constant in the Billboard Hot 100. The list – and diversity – of artists he’s worked with is staggering. Most people, if they’ve ever heard of him at all, associate Martin with the bouncy Pop he’s written and produced for Perry, Swift, Britney Spears, and Backstreet Boys. But his talents can be heard on hits from Bryan Adams to Bon Jovi, Def Leppard to Daughtry, Cyndi Lauper to Celine Dion, Kelly Clarkson to Carrie Underwood to Ke$ha. And that’s just as a writer, as a producer he’s racked up even more credits.

So why have you never heard of him?

Because, to the tune of his massive hit for the Backstreet Boys, “I Want it That Way.”

Martin is famously media shy. He doesn’t give many interviews and avoids the limelight – he’d rather be in the studio crafting and producing hits. It’s been that way largely since his career took off in the mid-90s. The songwriter grew up in Stenhamra, outside Sweden’s largest city, Stockholm, and he credits Sweden’s public music education program for much of his success. As a boy, he grew up playing in metal bands, and at fourteen he joined the glam rock group, It’s Alive, as lead singer. He enjoyed it so much he soon dropped out of school to pursue music full time. The band grew some notoriety, and they eventually were noticed by Swedish producer Denniz PoP and signed to his label. Martin and PoP began writing songs together, and in 1993 Martin went to work for PoP’s production company. Soon he was in the studio helping Ace of Base create their massive record The Bridge.

Things really took off for him in 1995, when he began work with the Backstreet Boys, eventually receiving a writing credit on the boy band’s platinum single Quit Playing Games (With My Heart). He followed that success with Robyn’s Show Me Love and Do You Know (What it Takes), both of which climbed the charts.

He’s been much in demand ever since, logging a steady stream of hits as a writer and producer. He’s almost as successful as a producer as he is as a writer, second only to Beatles producer George Martin for number one singles by a producer.

His secret? A deep understanding of Pop songcraft. Impeccable musicianship. And a gift for listening. He spends as much time as he can with each artist to get a feel for their interests and influences, which helps him generate songs that seem natural for them. “I want [that] input,” he’s said, “because that makes the chemistry of the song.”

Martin begins at Pop’s most basic ingredient and keeps things simple. “I can only speak for myself when I say that writing the melody first gives me more freedom than doing it the other way around,” he told one fan in a Behind the Music Q & A. “It’s very important to have a great melody,” he told another. “If you have one, build your song around that. Don’t make it too complicated.”

Another one of Martin’s many gifts is his ability to wed talent. More often than not, songwriting is a collaborative effort and Martin is famously collaborative.  In 2014, not only did he craft melodies with A-list artists/writers such as Taylor Swift and Katy Perry, but with a host of behind the scenes hitmakers such as Cirkut, Savan Kotecha and Shellback.

As you can see below, Martin knows how to assemble the best teams to get the job done! For more on the hit songwriting landscape, be sure to download Hit Songs Deconstructed’s free e-Book, “Who’s Writing the Hits?” by clicking here