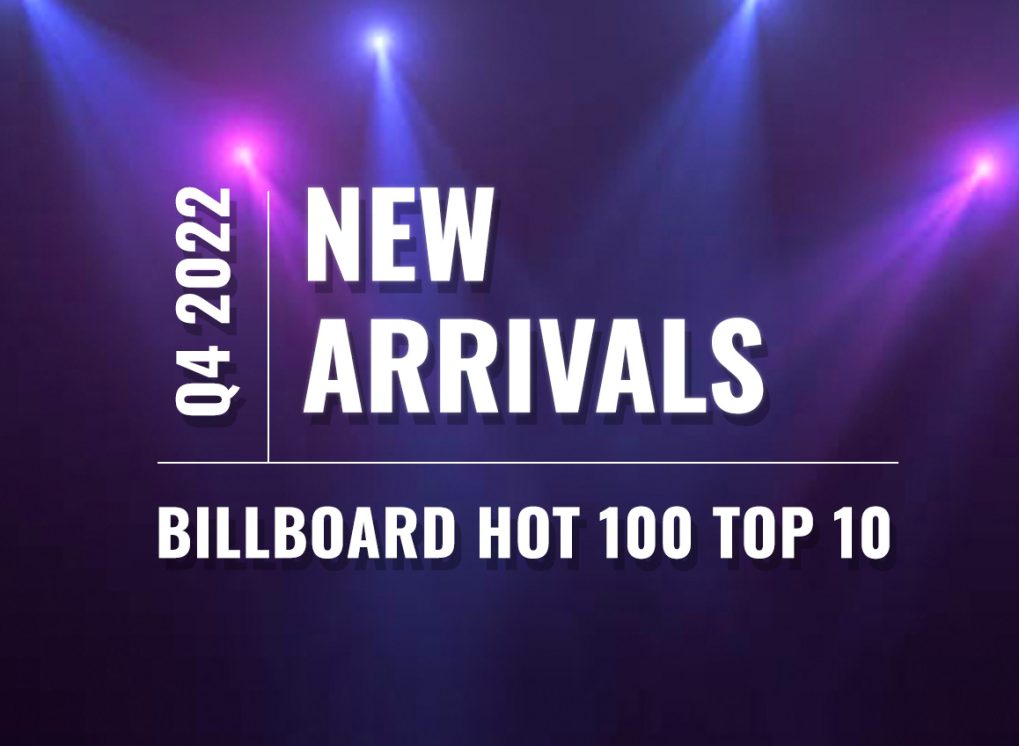 Taylor Swift led the way with a record-setting 10 new arrivals from her 2022 album Midnights and Drake followed with eight, seven in collaboration with 21 Savage from their collaborative album Her Loss. Together they accounted for just over half (58%) of the quarter’s new songs.

Republic held the greatest share of both Q4 new arrivals and Q3 carryovers at nearly two-thirds and one-third of songs, respectively. The former is largely due to the influx of new Taylor Swift and Drake/21 Savage songs.

Among the 20 sub-genres and influences that shaped the sound and vibe of Q4’s new arrivals, pop led the way at 90%, followed by hip hop/rap and R&B/soul at 58% each, and trap rounding out the top 3 at just over half. There was notably more trap among the new arrivals thanks to hits by Drake, 21 Savage, Lil Baby, Cardi B and Doja Cat, among others. Electropop/synthpop and alt/indie also had a greater showing largely thanks to Taylor Swift.

There were also some key differences in terms of song length and tempo. Q4’s new arrivals averaged 18 seconds longer and 37 BPM slower than carryovers.

Not a Hit Songs Deconstructed Subscriber?